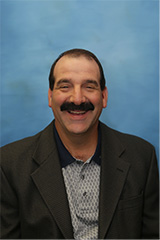 James (Jim) Perry was appointed Executive Director of the Downriver Community Conference (DCC) in January 2000. Although Jim is the youngest person to serve in this capacity in its 34 year history, he has been active in public service for over 30 years, where he began his employment at DCC in early 1981. Serving as the current Executive Director of DCC, Jim is involved in extensive outreach with local municipalities to establish common, positive goals and strategies to develop human, social, and economic assets of the Downriver Communities. Jim earned his bachelor’s degree at the University of Houston.